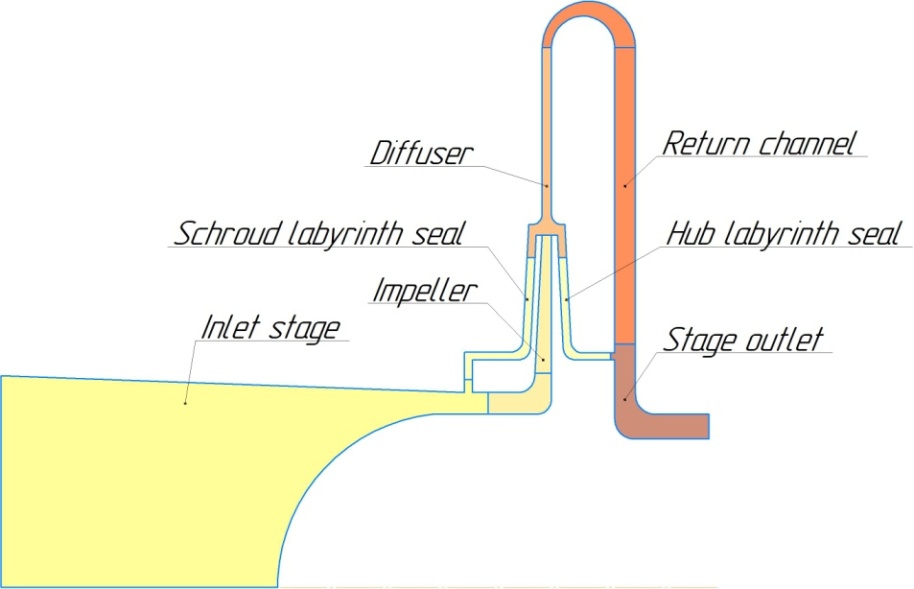 The article presents the results of a numerical study of the effect of equivalent sand-grain roughness on the characteristics of a low-flow centrifugal compressor stage. Low-flow stages are widely used in high-pressure compressors as the last stages. These compressors are used for natural gas booster compressor stations, as well as in technological processes for the production of methanol, ammonia, high — pressure polyethylene, etc. The efficiency of the low-flow stages is lower than that of medium-and high-flow centrifugal compressors stages. Stages operate at high pressure and have low gas volume flow rates. For this reason they have narrow channels of the flow part, significant friction and leakage losses. The study was conducted in the Ansys CFX 19.2 software package. In the first part of the study, the low-flow stage numerical model  is validated with the test results. Full-scale tests of the stage were carried out at the LPI-SPbPU earlie. In the second part of the study, impeller equivalent sand-grain roughness numerical study carried out. As a result, the characteristics of the stage were obtained at four different values of equivalent sand-grain roughness ks. The impeller losses were estimated. It is established that when the ks values increase, the polytropic head and efficiency values do not decrease equally over the entire characteristic. Characteristics are significantly reduced in areas of high expenditure and change slightly with minimal expenditure. The internal head coefficient varies slightly depending on ks 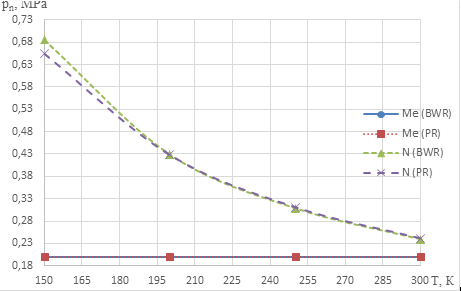 In this work, a study was made of methods for converting a real gas from a full-scale compressor to a model one for low-temperature pure methane using the equations of state of a real gas Benedict-Webb-Rubin and Peng-Robinson. In the course of the work, the features of recalculation methods were studied, a model of an air compressor was selected, corresponding in parameters to a model of a low-temperature methane compressor using the theory of similarity, using similarity criteria. Also, in this work, the features of the application of various equations of state were studied when describing the model of a low-temperature methane compressor, as well as the features that arise when this model is converted to an air model analogue. Data were obtained on the possibility of applying the proposed methods on real units, and the invariance of the method with respect to the used equations of state of a real gas for pure methane at temperatures from 150 to 300 K and a division of 0.2 MPa was proved. At the final stage of the work, comparative characteristics of two models of natural methane compressors were obtained, based on different equations of real gas, describing the medium and two models of model compressors using air as a working medium and being model analogs of the above units. 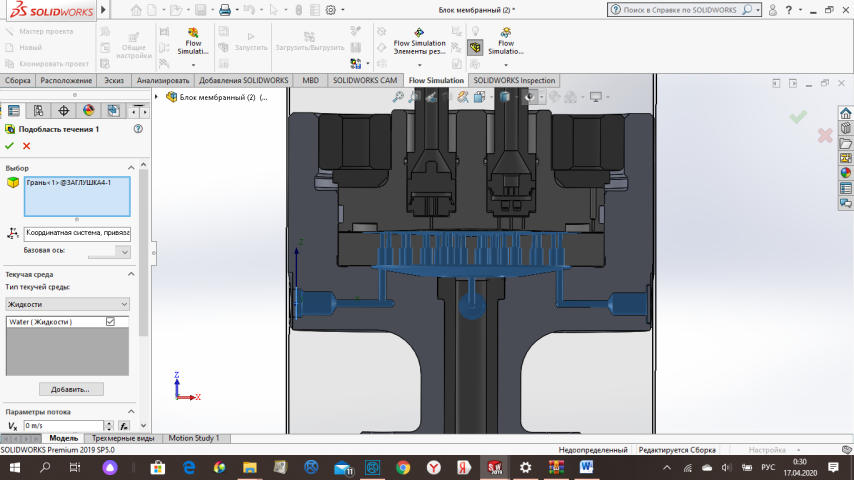 Calculation and research of the diaphragm compressor main elements

The article presents the experience of calculating and studying of the high-pressure membrane compressor main elements research experience, running on gaseous oxygen. The following issues are considered: determining the distribution and limiting disks surface profile, compressor main loaded elements strength calculation, modeling the temperature distribution in the membrane block during operation. These studies can be useful for further membrane compressor units development and can be used as a basis for calculations and new installations design. 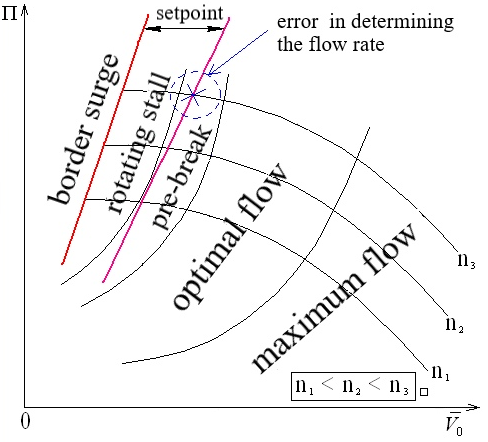 Non-stationary processes in a centrifugal compressor: from experiment to practice

The article deals with the problems of diagnostics of surging phenomena in centrifugal compressors. The reasons for the surge phenomenon and the method for its diagnosis to prevent emergencies are stated. The article describes the phenomenon of rotating stall, which precedes the surge. Diagnostics of the appearance of a rotating stall opens the possibility of predicting the appearance of a surge. This allows for an efficient and safe surge protection system. Solving the problem of developing new principles for constructing surge diagnostics systems. Application of biorthogonal wavelet transform for prebreak detection.

ARE THERE ANY QUESTIONS LEFT?